A Trip to Tumpak Sewu Waterfalls

So I stumbled upon this majestic waterfalls while I was surfing the internet called Tumpak Sewu, located in Lumajang Indonesia. I was blown away with it and I knew I had to take a trip up there. After a short research, I packed my camera and ended up on a plane with a friend heading towards Surabaya. 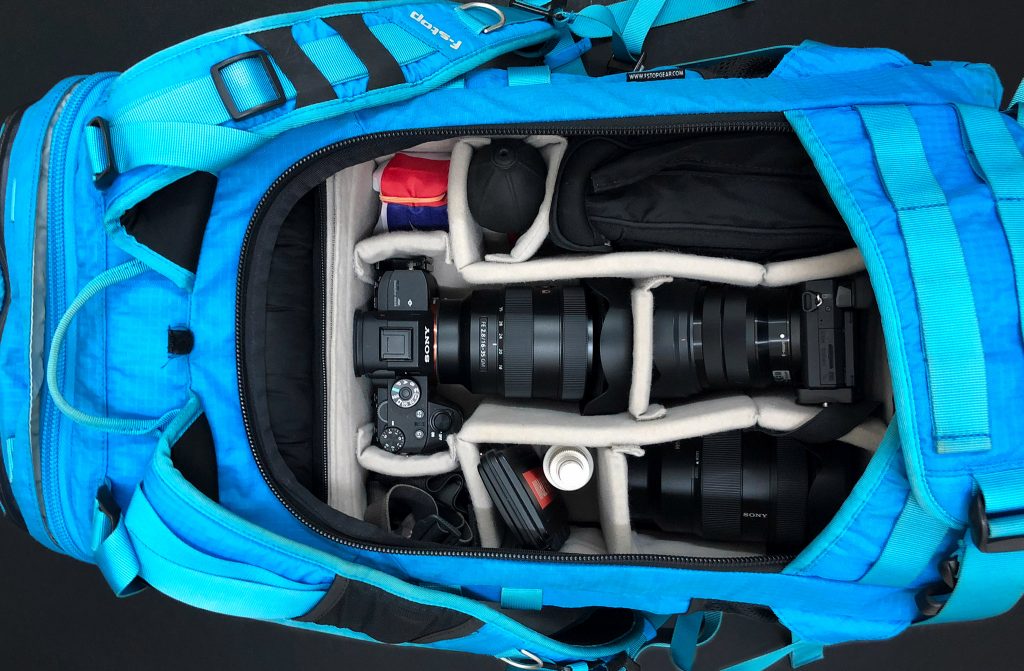 The trip commences from 8th – 12th September 2018. We took a Lion Air flight JT164 from Kuala Lumpur International Airport and around 2 hours later, we arrived at Juanda International Airport which is the third busiest airport in Indonesia. We were greeted by our driver and then took off straight to Lumajang which is a 6 hours drive from Surabaya. A tip worthy to take note – best to arrive Surabaya in the evening if you plan to head directly towards Lumajang due to lesser traffic in the night and you can sleep during the long drive. We arrive at our accommodation around 1 am and after a quick unpacking, we retired the night. For your information, there is no resort or hotel in the area due to the location is not developed with tourism just yet. We slept in the local villagers’ place (paid). 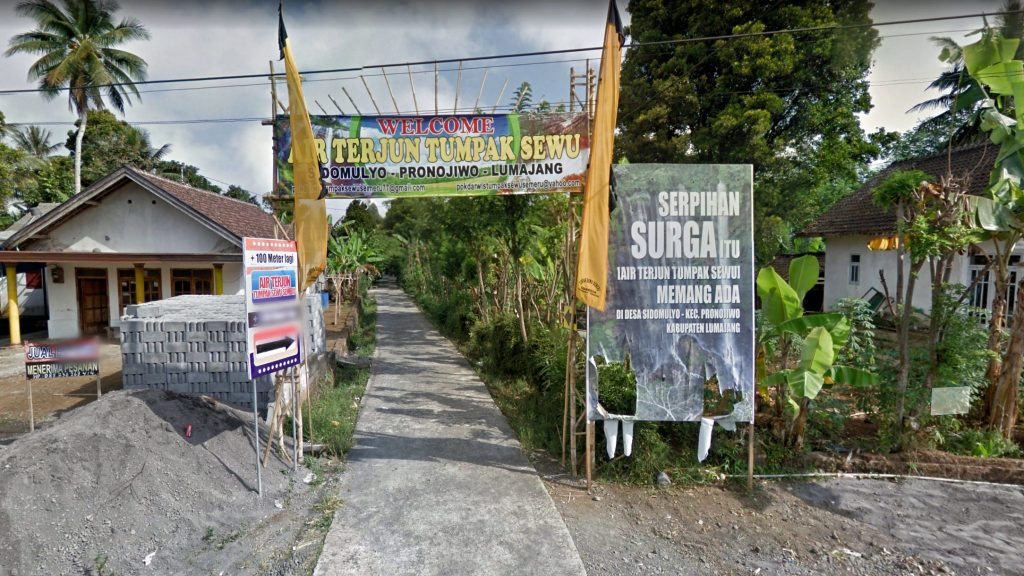 The next morning, we tried to enter the waterfall as earliest as we can. I’m not sure about the exact price but the entrance ticket shall cost you around IDR 10k /pax. From the entrance, the descend started right away. The trekking path is quite an exhausting one because it was very steep. 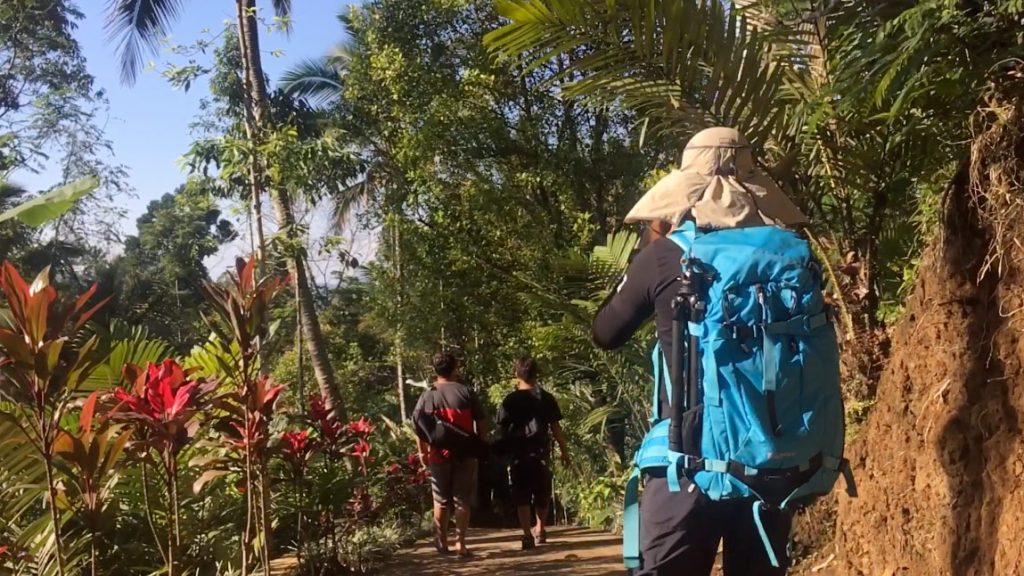 For most of the trails, you will be walking on a small-narrow bamboo staircase and sometimes you need to pass some slippery wet stones and crossing several small rivers along the way. You need to be very careful and ensure that you have proper trekking sandals or shoes for your own safety. Depending on your speed, the descent would take around 30-45 minutes and perhaps it will be doubled when you ascend. 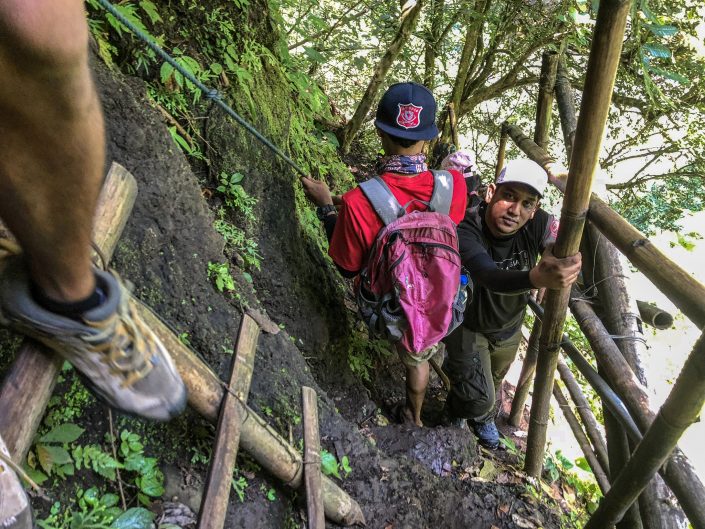 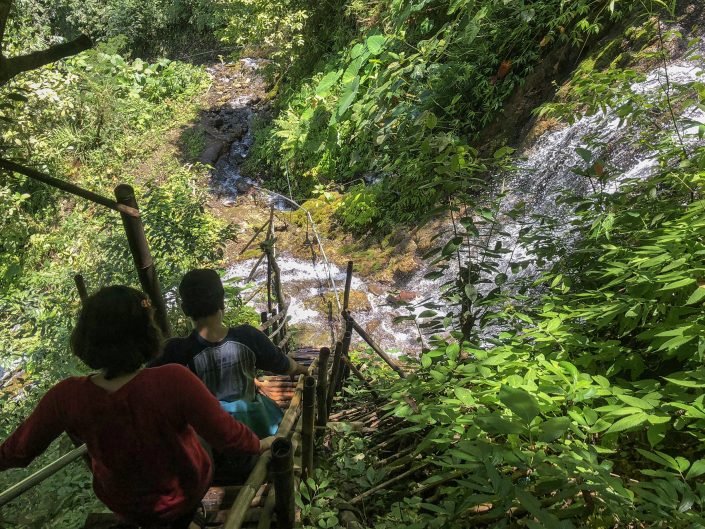 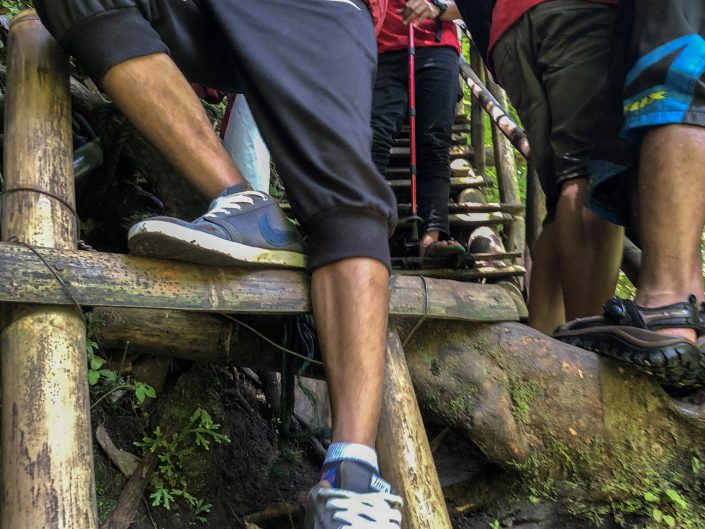 Once you reached the base, it is another few hundred meters and you will reach the majestic falls. These greenies complex really worth the effort going down! 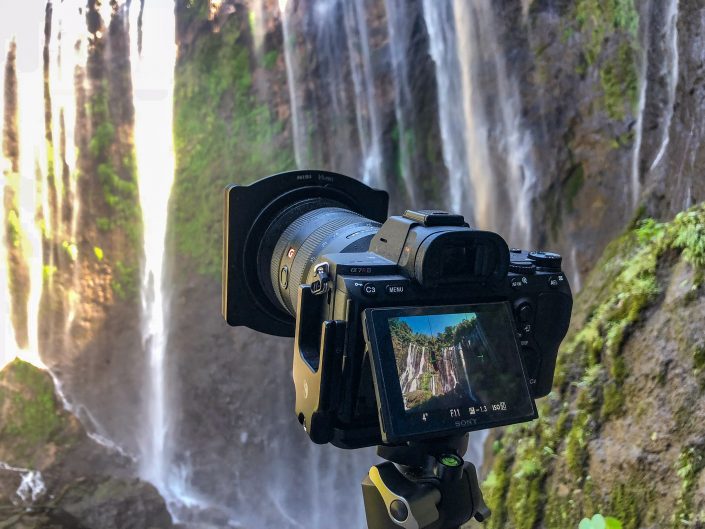 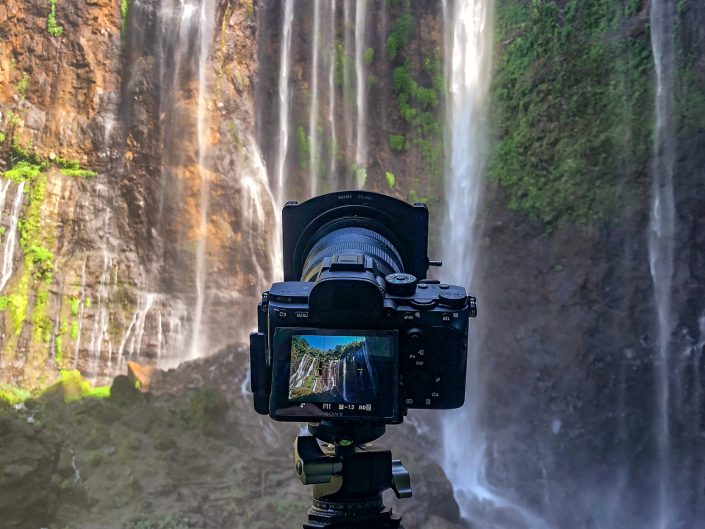 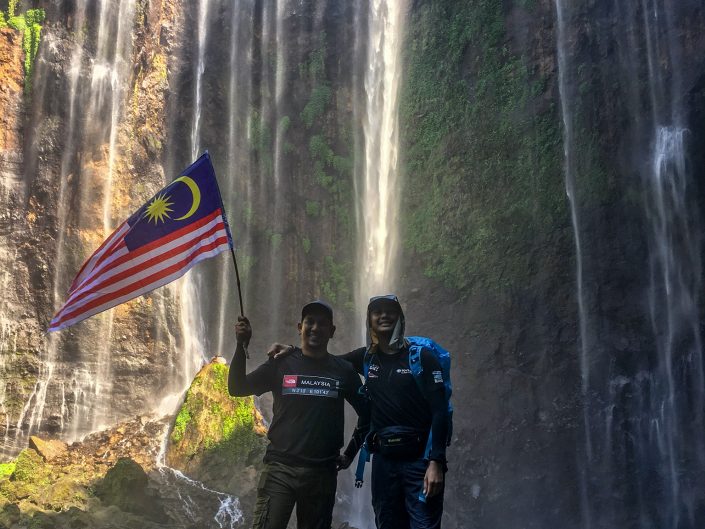 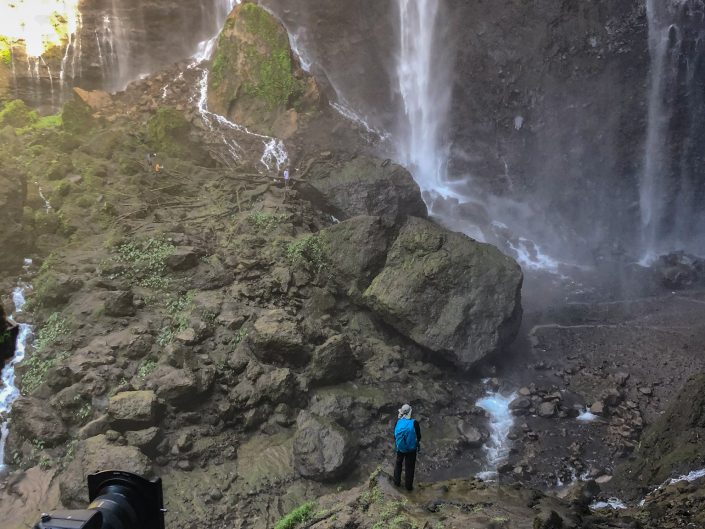 Unfortunately, the condition wasn’t that good. The lighting was uneven while we were there to shoot. The sun is already too high but not high enough to light the whole area causing part of the area to be underexposed. I guess this is a good reason for me to back again in future. 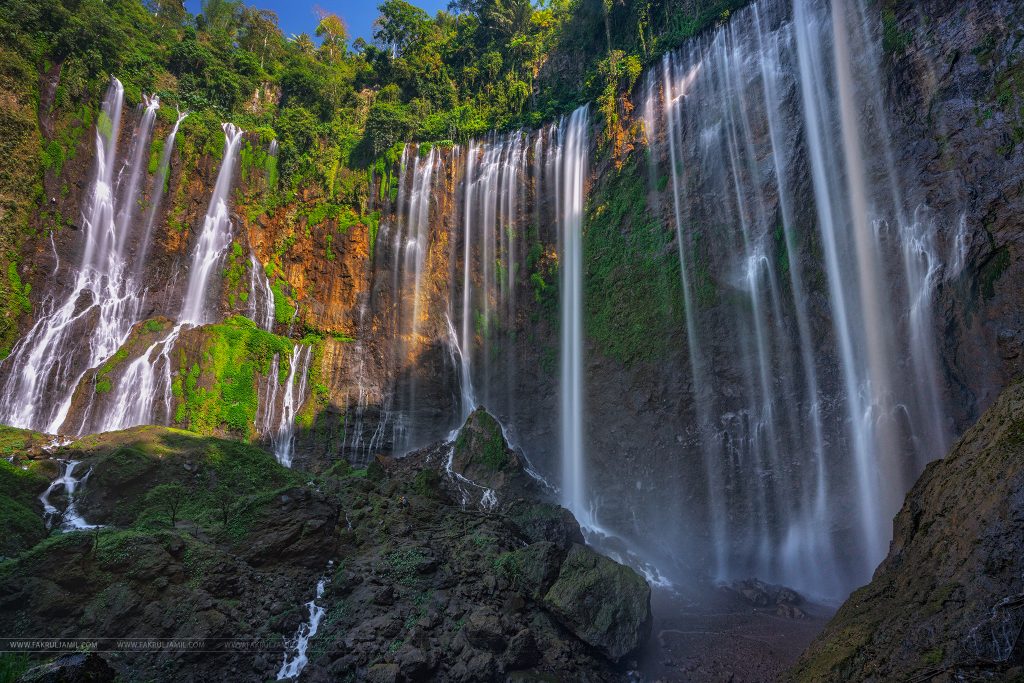 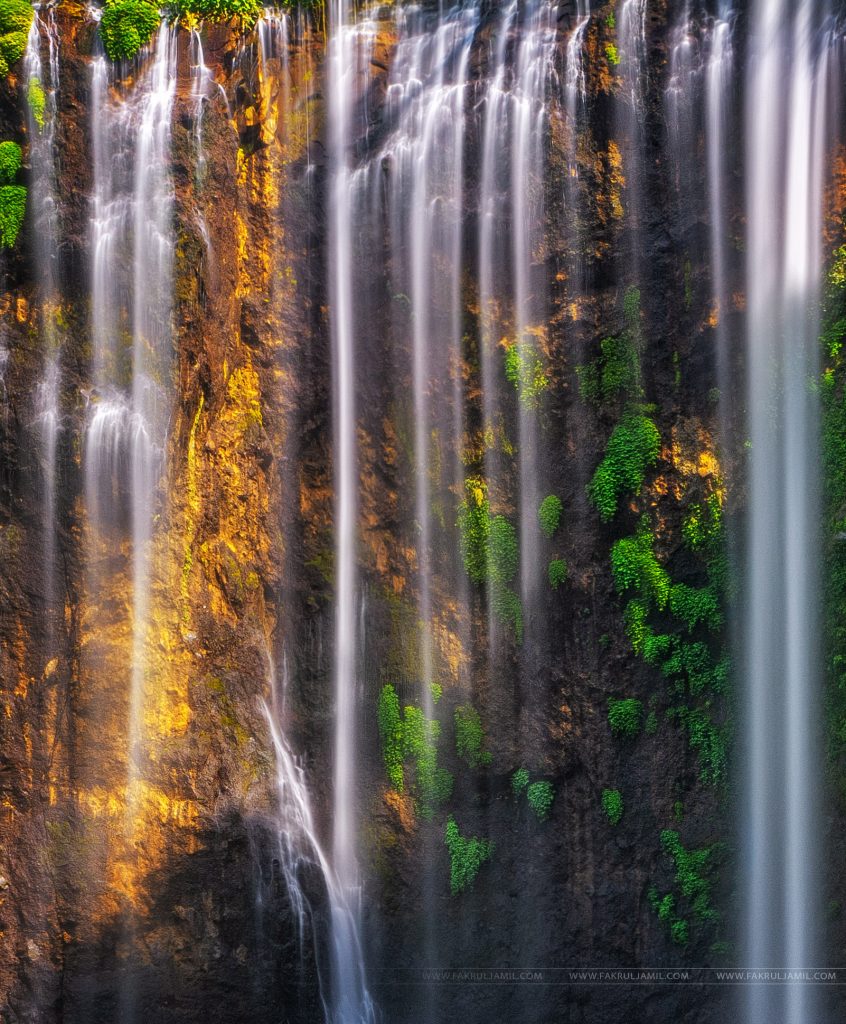 After spending almost 2 hours at Tumpak Sewu, we started our ascent and it took us almost an hour to reach the car park. We returned to our accommodation where our host had prepared a nice lunch for us. We then doze off for a couple of hours before proceeding to our next waterfall which is Air Terjun Kabut Pelangi. By this time, me and Faisal are having a crucial muscle cramp on both of our legs. It’s another descend to get to the Kabut Pelangi waterfall and this time the distance felt farther. Anyhow, we made it to fall. The 100m+ Kabut Pelangi is an incredible sight. The force it generates when it hits the pool below is incredible and this is definitely not a place you want to go swimming! 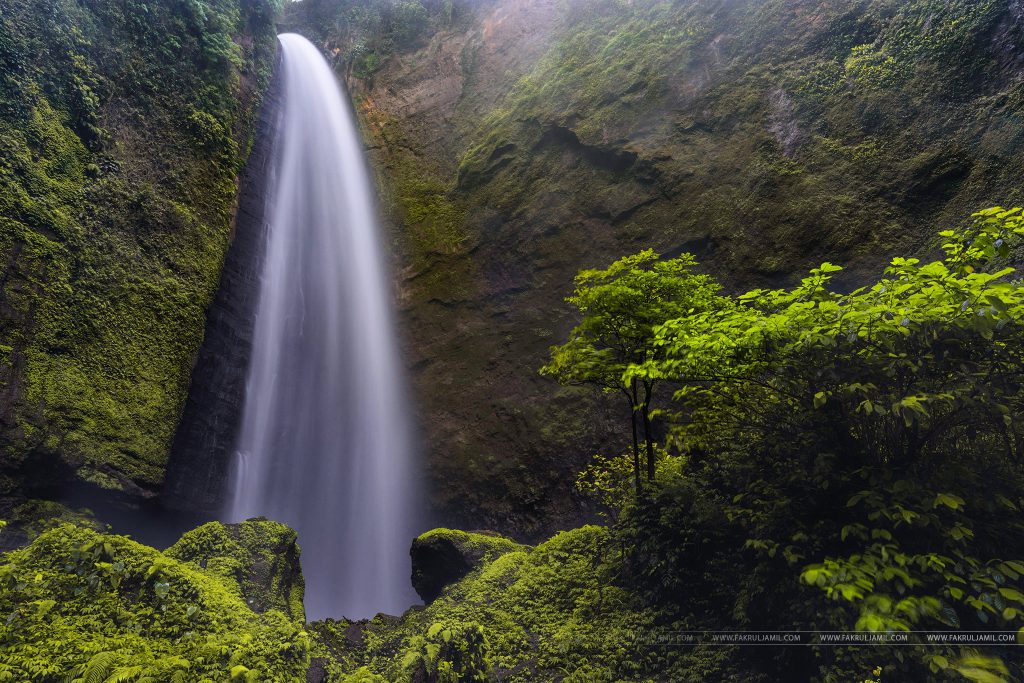 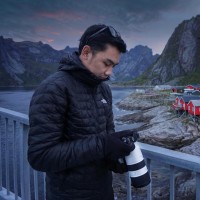 Fakrul Jamil
An extremely passionate landscape photographer based in the concrete jungle of Kuala Lumpur, Malaysia. He specialise capturing beautiful landscapes in the best available light wherever and whenever possible. His work has been published worldwide by BBC, Lonely Planet, Microsoft, Fstoppers, CIMB Bank, Singapore Airlines and many more. 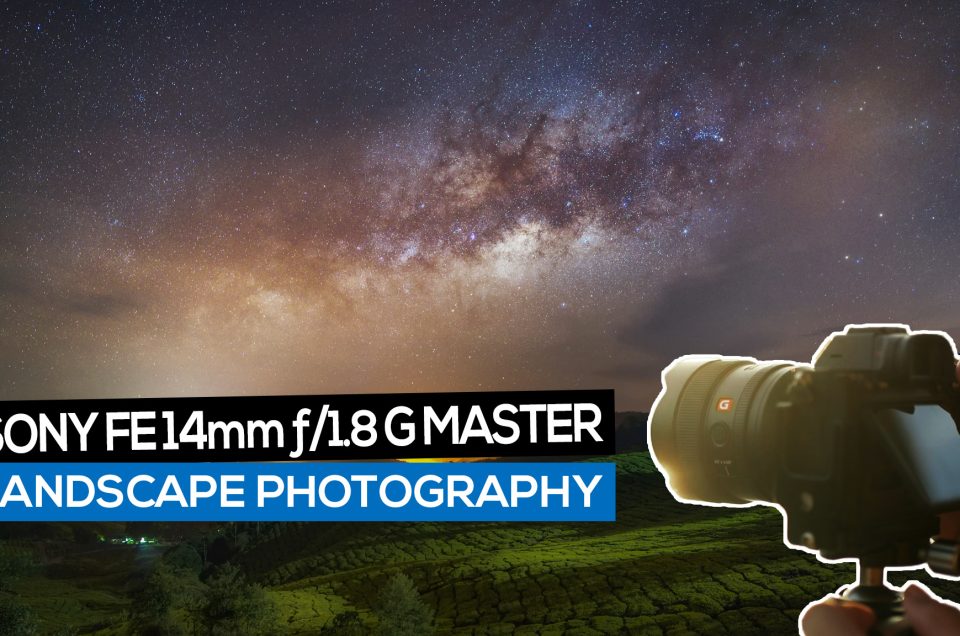 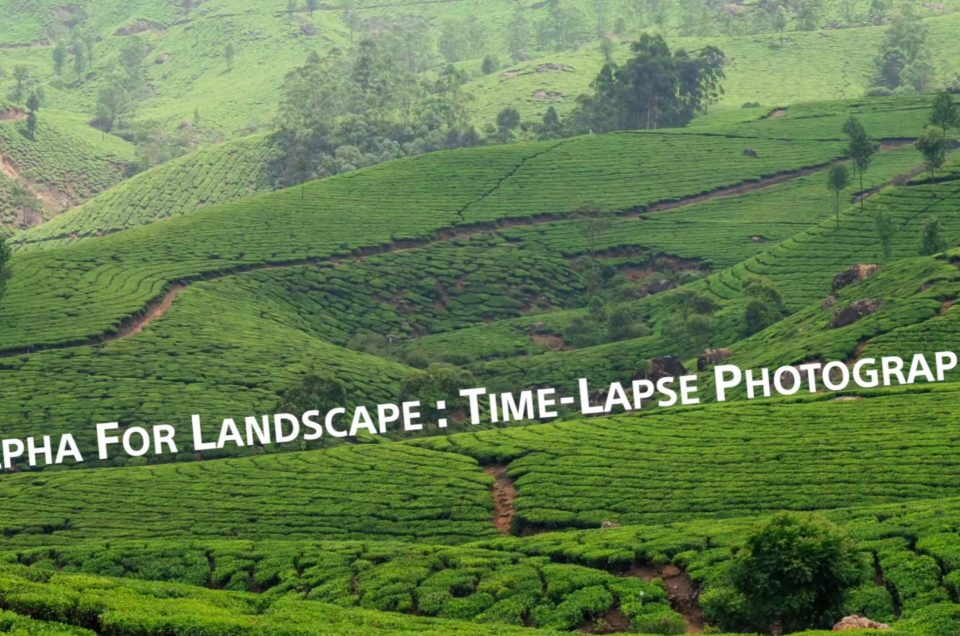 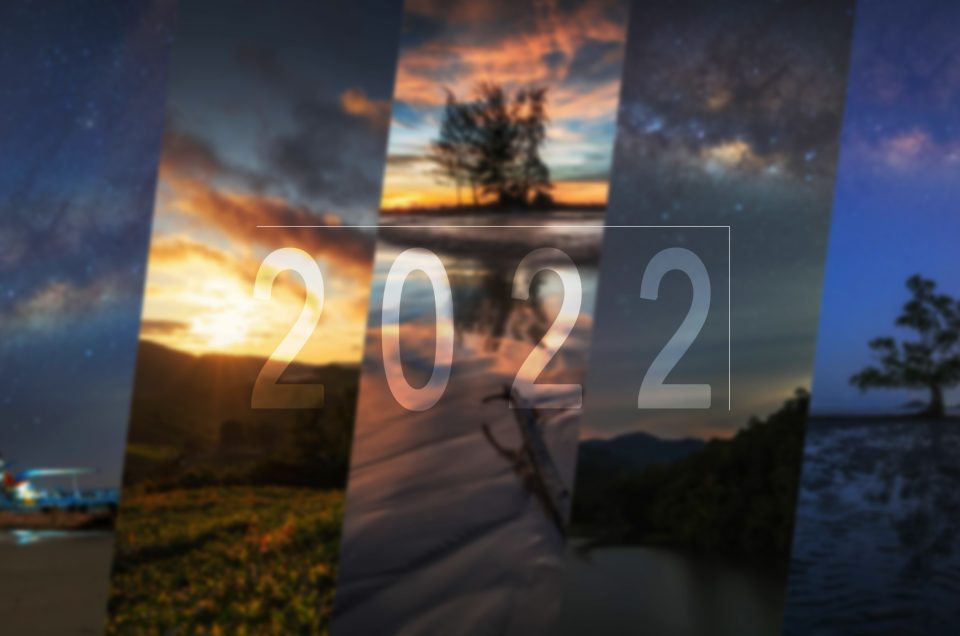